It’s happened. We have made it to a new decade, which causes some people, myself included, to take a look back. For me, this means considering the changes that have slowly or abruptly taken place in the wine arena.

My first experience with wine mostly included White Zinfandel and various forms of imported Rosè wines or Gamay Beaujolais. My first winery trip to Napa opened a whole new world to me. I discovered Cabernet Sauvignon that not only did I taste for “free” at Joseph Heitz, it was poured by Joseph Heitz!

One of the changes are screw tops. It seems that screw tops have graduated from Red Mountain by the gallon to wines that routinely win awards. A recent trip to New Zealand and Australia demonstrated that the change to screw tops is well established worldwide.  The percentage of screw tops in the U.S. has grown approximately 15% in the last ten years.

Yes, even wine in cans has arrived. Wine Spectator, May 2019, announced “Canned Wines Come of Age.” They report that canned wine sales have increased from $2 million in 2012 to $69 million, a 69% increase. Many giants of the industry, e.g., E&J Gallo and Treasury, are in the game.

A while back, I wrote a President’s article about trying something new. Well, I guess boxed wine and cans of wine are now on deck. I have already tried screw tops. How about you?

Things have changed over time for the OCWS as well.  In addition to our popular Winery Programs, Dine with Wine and Mini-Tastings, there are many new events for our members to enjoy including the educational seminars. Wines of Spain is coming in March.

At The Courtyard during the OC Fair, we have featured wineries where the winemakers come in person to meet the public and showcase their wines. There are also a wide variety of seminars held on weekends during the Fair.

Please be sure to join us for one of our many events this year. Cheers! 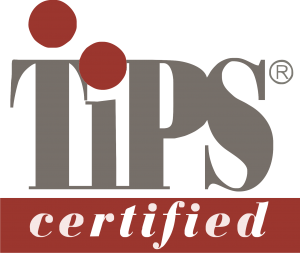 The 2020 OC Fair will be here soon, which means it’s time to schedule alcohol server training. Most Training for Intervention Procedures (TIPS) classes will be held in April, with […]
This post is only available to members.
February 28, 2020
By Wendy
Courtyard
No Comments

Calling all volunteers! This year the 2020 Commercial Wine Competition will be held Saturday, May 30 and Sunday, May 31 and volunteers are crucial to its success! Please note the date change this year and save the date! This event offers many opportunities to enjoy getting to know your fellow OCWS members and experience some great California wines.

There are many tasks where volunteer help is needed including stewarding, glass drying, and computer input and verification of scores. No training is necessary as newer volunteers will be teamed with experienced competition volunteers.

All volunteer sign-ups are now done online! The volunteer site identifies bagging nights, stewarding days, and other work tasks with dates and times. In order to qualify for stewarding, you will need to sign up for two additional work tasks. We can offer bagging, hotel setup, and moving of wine to and from the competition site. In addition, volunteers can elect to work the sorting event in June. An email announcement will be sent late March notifying members when sign-ups begin. Please make sure your email address is up-to-date on the ocws.org website as we will be using your email to send you confirmations.

If you have questions about volunteering, please email us at: Ken@ocws.org or Irene@ocws.org. We look forward to your participation in this very important event!

Wine Education 101: Blood, Guts, Bones and Mud in our Wine?

You might think that wine, a product made from grapes, should be “vegan” – not containing any animal products.  This is not necessarily the case for many of our wines today.  In winemaking, there is a process where the wine needs to settle and clarify so that ultimately the bottle of wine that we open is clear of sediment and haze.  Left on its own to occur naturally, this process could take up to a year to settle and produce a clear wine.  Further fining might also need to be performed to remove undesirable constituents such as excessive astringency or bitterness.  In order to accomplish this settling and fining of wines more efficiently, winemakers may use a variety of additives to speed up and enhance this process.  So, could there really be blood, guts, bones and mud in our wine?

The process of “fining” utilizes a substance (often a protein) that is mixed into the wine barrels or tanks.  The substance is attracted to small, suspended particles in the wine that could make the wine cloudy or hazy.  These larger, combined molecules will then precipitate (fall) to the bottom of the wine barrel or tank.  The “fined” wine is then removed from the top.  In theory, there should be little to none of the fining agent left in the “fined” wine. But what fining agents could possibly be left behind in that bright, clear bottle of wine?

In days past, a traditional fining agent used in winemaking was ox blood.  This was added to wine (as a liquid or in dried form) and was a very effective fining agent.  However, in 1997 both the EU and the US banned its use when the mad cow disease scare peaked.  Because of export restrictions of any wine containing blood, there is not much chance that your 25-year old bottle of Bordeaux wine you were saving contains any fining blood.

An effective fining agent used today is isinglass – something you may think of as “fish guts”.  Isinglass is made from the air bladders of fish – usually sturgeons.  It is an excellent fining agent for clarification and removal of bitterness and astringency in white wines.  While the correct use of isinglass can help unmask fruit character, over-use can impart your wine with a “fishy” aroma.

Another non-vegan fining product used in wine is gelatin. Gelatin is a protein made from boiled skin, tendons, ligaments, and/or bones (hooves) with water.  Gelatin is an aggressive protein fining agent that is primarily used to soften red wines by reducing tannins and astringency. Over-use of gelatin fining could result in color loss in red wine and protein instability.

Bentonite is probably the most commonly used fining agent for the clarification and protein stabilization of wine.  However, since it can also remove color, it is more often used in white wine.  Bentonite used in the U.S. is made from clay that is found in Wyoming (sodium bentonite); in Europe, Bentonite is made from clay found in South Africa (calcium bentonite). When Bentonite is dry, it is hard and water-tight; when wet, it is slimy and slick.  Other uses for Bentonite include lubricating oil drill bits; an additive to animal feed (it swells and slows down digestion); used to treat diarrhea; is the mud in “mud baths” and in “mud wrestling”; used in fabric softeners (for ion exchange/water softening).  Bentonite is a very multi-purpose wine fining agent!

A very traditional fining agent for red wine is egg whites, or Albumin (made from chicken egg whites).  This fining agent helps to remove astringency and bitterness and is a good general finishing “polish” for red wines.  Egg whites are not as effective in white wine as it needs the presence of tannins to flocculate.  While the egg whites flocculate with tannins and precipitate to the bottom of the barrel/tank to be later racked off, those with an allergy to eggs might still have reason to be concerned.

Another fining agent that has potential allergy concerns is Casein (potassium caseinate) – the principal protein in milk. Today, Casein is mostly used in its purified form, but skim milk was used in the past and still may be in use today.  Casein is a very gentle fining agent and works well in removing over-oaked aromas, oxidized aromas and browning in white wines.

There are many more products in the winemakers fining “toolkit” today including mineral compounds, polysaccharides (such as chitin found in the covering layer of insects and in the cell walls of fungi), and synthetic polymers (plastics like PVPP).  Most of the products used for fining will precipitate to be bottom of the tank/barrel and be racked off – leaving little or no presence behind in the finished wine.  It is possible that you may find “un-fined” wine – but this can be challenging as even the most traditional Bordeaux wine regions commonly use fining.

Currently, the Alcohol and Tobacco Tax and Trade Bureau (TTB) does not require the disclosure of major allergens on wine labels.  However, there is a current proposal to make labelling of major food allergens on alcohol labels mandatory.  To read more about this, visit: https://www.ttb.gov/faqs/allergen-labeling.

So, perhaps you may have a greater appreciation (or more disgust) for what it takes to make that finished bottle of wine clear and free of sediments and haze.  Cheers!

The OCWS Board would like to host another New Member Mixer on Sunday, June 28. We are looking for a member that might be willing to host this event. It would be from 2 pm to 4 pm. The OCWS provides the wine, glasses, food, plates, flatware, and serving necessities. All you have to do is provide the location. We would anticipate attendance to be around 50  to 60 people, but it can be limited to whatever number you feel your home can accommodate.

If you plan on staying at the Costa Mesa Hilton Hotel for the weekend of the Commercial Wine Competition, please make reservations no later than May 15, 2020. The OCWS has booked a block of rooms for OCWS members at a discounted rate, and this rate is guaranteed only until that date. The special rate does not require advance payment and is $145 per night, plus $14 per night parking. If you want to stay on the 7th floor Executive Level, the rate is $180.  Reservations can be made by phone at 714.540.7000 or online at Booking Link: http://group.hilton.com/ocws2020winecomp; be sure to mention the discount code “OCWS 2020 Wine Competition” to receive the above rates.