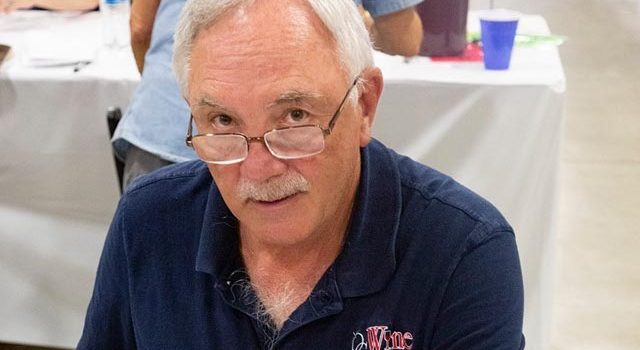 As summer comes to a close and we transition into fall, it is time to look back and look forward.

Looking back, what a busy summer with the OC Fair and The Courtyard. Thanks to all of you who worked or attended the OC Fair this year. We had some record-breaking days and could not have done it without you—a special thanks to our members who answered the “SOS” emails to help staff The Courtyard.

Looking forward, there is no rest for the OCWS. About the time you are reading The Wine Press, you will note that September and October have major events. The Annual Business Meeting will be held on Friday, September 6, at Baja Blues. The candidates running for the Board of Directors will be introduced and an overview of the organization will be presented.

The following weeks take us to the Champagne Brunch at BLK and member BBQ & Chili Cook Off.

October is no less busy with our Annual Installation Dinner where we say farewell and “thank you” to our retiring Board members and “hello” to our newly elected Board members. In addition, come celebrate the Champagne Brunch & Oktoberfest at The Phoenix Club. You can read the details in this newsletter. If you have not already signed up for these events, please do so and give them a try.

I would like to take this time to remind all of our members to please check and update your profile on our website. We depend on your contact information to communicate with our members. Please log in to ocws.org, click on “Howdy, your name” and use the drop down “Edit My Profile” to review and make any changes.

As always, I look forward to seeing you at our upcoming events. 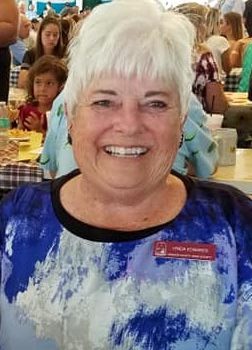 All OCWS events and activities outlined in The Wine Press specify how to participate and sign up for an event. Unless otherwise noted, please refrain from contacting the article editor directly.

General inquiries can be obtained by phoning the OCWS office at 714.708.1636 or by email to Office@ocws.org. Lynda Edwards (photo above) or Rochelle Randel, our office Administrators, can help you with any question you have or they will know who to contact to take care of you most efficiently.  For more detailed Wine Society information, log in to OCWS.org. Your cooperation is greatly appreciated.

Anyone who has worked The Courtyard at the OC Fair well knows that TIPS certification is required by the OC Fair & Event Center and has been trained by Rochelle Randel at some point within the past three years.

The OCWS is so fortunate to have a dedicated volunteer in Rochelle, who has trained and certified 1,026 OCWS members to date!

We are proud to announce that the governing body of this certification process has acknowledged
Rochelle’s dedication and commitment and the fact that, by her expert training, has been instrumental in helping to reduce alcohol related incidents and accidents.

Kudos to you, Rochelle, with our heartfelt thanks!

A Record Breaking Year at the 2019 Courtyard

The 2019 OC Fair, now just a fading memory, is still very fresh in the minds and hearts of the 330 OCWS volunteers whose dedication and enthusiasm made this year’s Courtyard the most successful in OCWS history! With over 1,500 shifts worked at The Courtyard this year, and thousands of hours spent behind the scenes before and after the Fair, records were smashed from previous years. The Courtyard grossed the largest revenue in OCWS history.

As a partner to the OC Fair & Event Center, we run both the Commercial and Home Wine Competitions. In return, we are given the opportunity to run The Courtyard during the OC Fair, with derived income paying for both competitions and covering OCWS overhead for the following year.  Generous donations from the general public are contributed directly to the OCWS Scholarship Fund.

The success of The Courtyard is due, in no small part, to The Courtyard Committee, the cash verifiers behind the scenes, the seminar presenters, the set up and tear down crews and the Featured Winery program, along with too many other positions and programs to name, and all the OCWS volunteers who manned or maintained The Courtyard in any number of capacities.

It took every one of our volunteers, no matter how great or small the task, to make The Courtyard a success and provide the OCWS with a fabulous financial foundation going into next year.

Thank you to each every one of you who volunteered! 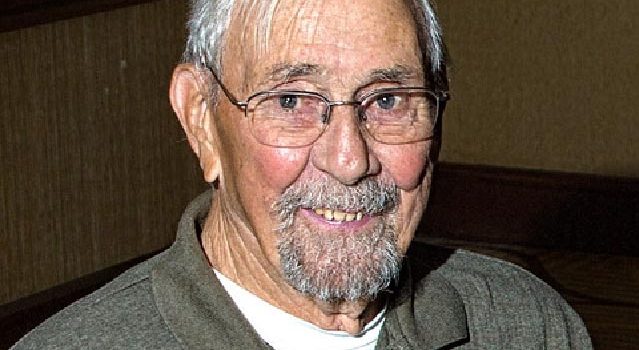 It is with great sadness that we mourn the passing of one of the OCWS’s long-time members, Robert Trout, who passed away on the evening of June 26, 2019 at age 88. Bob was many things for the OCWS: a Board Member, President, recipient of the President’s Award, and Commercial Wine Competition Committee member for many years, along with his wife, Marjorie. The Trouts helped develop the Label Competition, and Bob served as Assistant Chairman of Judges under Dennis Esslinger. Ultimately, due to his tremendous dedication and service, he was awarded the designation of President Emeritus. In recent years, many of us knew Bob to be an exceptional opener of the cans of olives to be served to the Commercial Wine Competition judges.

Bob came to the OCWS in what seemed like “eons” ago as a home winemaker. After learning on his own, as many of us have, it also took guidance to make good home wines. The OCWS gave him that guidance which began the road to the many years Bob and Marjorie had with the OCWS.

Bob used his design skills as a Professor of Industrial Technology at California State University at Long Beach to develop and create a special award featuring a very large actual grapevine for our Zinfandel Competition during the 25th Anniversary Commercial Competition. Bob was highly respected by our judges due to his many years with the OCWS and his time working with the judges during the Commercial Wine Competition, including obtaining wines for the Judges Dinner.

An avid bicycle rider, Bob travelled the length of California stopping in many wine regions. Those who knew him well will miss his subtle sense of humor, his friendship, intellect, and love of fine wines which he was always willing to share with people he met along the way.

For Marjorie, his daughter Shannon and her husband, and his grandchildren, he will never truly be gone.

– The OCWS Board of Directors