During these months, we appreciate all of the time you, our members, volunteer to work at these events. But these are also the times when we get to know other members, and many of these members will become your lifelong friends. The bonds we make at our events are what gives the heart to the Orange County Wine Society and are the reason so many of our members have stayed as members for 10, 20, 30, and even more than 40 years! If you haven’t worked at one or all of these events in past years, I encourage you to explore openings and see where you can fit in, and I hope you all become long-term members!

Looking out into the future, we are hoping to start resuming our social activities this fall. The upcoming relieving of the COVID19 restrictions by the State and the Orange County Health Department and scheduling The Courtyard during the OC Fair are issues we are currently dealing with. We will also look at the ability to conduct our long-delayed Wine Auction sometime in the fall, so keep your eyes open for our upcoming announcements once we get past the OC Fair.

I hope to see many of you over the next few weeks and months! Social time is coming, cheers!

May 21, 2021
By Wendy Taylor
President's Message
No Comments

It’s been quite a long time since we’ve been able to hold a Mini-Tasting, and the Gold Medal Mini-Tasting is traditionally the most popular one of the year. This year, since we’re still working towards opening up from the pandemic, we are planning to schedule the Gold Medal Mini-Tasting after the OC Fair. This will allow time to arrange for a larger number of host sites, each with a smaller guest list so that everyone will be comfortable and safe.

Tentatively, we are thinking about Saturday, September 11 (the week after Labor Day). We hope to be able to have as many sites as possible host the tasting outdoors, so smaller groups will make this easier to facilitate. If you are interested in hosting the mini-tasting, please contact George Cravens at George@ocws.org. We plan to have the details worked out in time for the July Newsletter, with sign-ups starting in August. Thank you for your patience. We are all looking forward to getting back together again. Cheers!

May 21, 2021
By Wendy Taylor
Mini Tastings
No Comments

The Wine Auction Committee would like to update the OCWS membership with the latest information on the 2021 Wine Auction. We, like so many of you, look forward to this event every year. With the closure of the Fairgrounds in 2020, we were forced to cancel the Auction last year. Over the last several months, we were anxiously awaiting the confirmation that the OC Fair and the OC Fair Commercial Wine Competition would be held as scheduled. With both the Fair and Competition just around the corner, we are all focused on making both events a success for the OCWS.

While we were not able to hold the Auction in the spring, which is our typical timeframe, we still plan to have a Wine Auction in 2021. Stay tuned for more details on the upcoming Wine Auction which we plan to hold in person this fall, if at all possible. We look forward to seeing you there!

If you are interested in being on the Wine Auction Committee, we are still looking for more committee members. Please reach out to me at Carolyn@ocws.org. 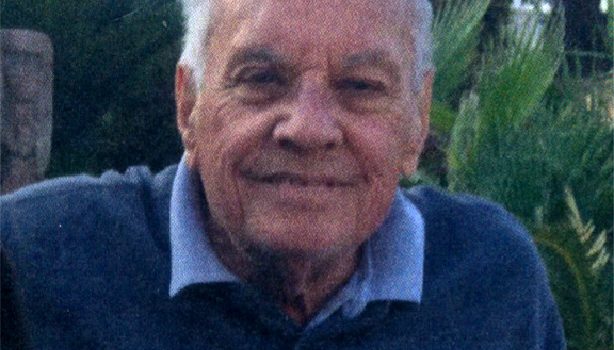 We regret to inform the membership of the recent passing of Eric Martens, a many-year member of the Orange County Wine Society.

Eric can be remembered by his willingness and enthusiasm to work The Courtyard every year serving wine, managing, and acting as Wine Steward. He was also an avid member of the Cooks’ Caucus, where he delighted in cooking delicious meals for our members during many of our events.

In his life outside the OCWS, Eric was a prominent attorney who practiced law in both Orange and Los Angeles County. Additionally, as an avid patriot and historian, Eric was a professional officer in the California State Guard, recently retiring as a full colonel in the Judge Advocate General’s Corps.

Eric’s wife, Barbara, preceded him in passing. He is survived by his daughters, Erin and Elise, as well as four stepchildren, Zane, Zach, Zale, and Kim, and many grandchildren.

He will be deeply missed by all who knew and loved him.

The re-opening of the OC Fair is providing our members many opportunities for volunteering, and we need your help. Now is the time the OCWS can use help from our members in a variety of areas for which you may find yourself well suited! VRPs, or Volunteer Recognition Points, are incentives designated to members who volunteer, and now that we are getting re-established, there are many ways your time and effort will be greatly appreciated and rewarded.

Consider signing up to serve at The Courtyard. The Courtyard is also a nice place to enjoy the Fair from the other side of the counter—get there before your shift or come on your day off using your OCWS pass. However, before we can open The Courtyard, we need a set-up and tear-down team in order to pass the inspections to serve our award-winning wines at the Fair. Wines need to be judged at the Commercial Wine Competition, and volunteers are needed several days prior for sorting, bagging and transporting to the Hilton hotel and back. Coinciding with these activities, the OCWS Winemakers’ Group also requires members access to The Hangar for this year’s Home Wine Competition. And looking further ahead, volunteers will be needed for the Wine Auction.

Volunteers are always welcome to engage with hosting a Zoom evening of Varietal Hours and other educational and entertaining tastings. Our OCWS production team will help set it up. As you can see, there are many ways for members to stay involved, contribute and earn VRPs.

We encourage our members to get involved and back together with each other. We can always count on you to help the OCWS set an example for success this special 45th Anniversary year.

You can do it all and sign up for upcoming activities on the ocws.org website. And remember to wear your OCWS name tags during all events. We will be happy to see you and be able to serve together again.