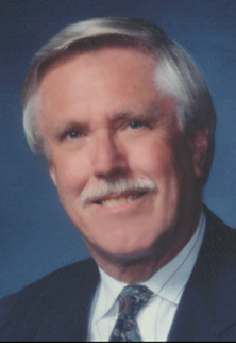 We regret to inform the membership of the recent passing of Dave Hirstein, a 39-year member of the Orange County Wine Society.

David can be remembered by his past services to the Wine Society as a Director and Past President during Board years 2000-2002. During this time, he was most instrumental in designing the construction and layout for The Courtyard. He chaired many events including the Commercial Wine Competition for several years.

In his life outside the OCWS, Dave was a very talented engineer and senior business manager in the aerospace industry. He spent many years with Rockwell International and then the Boeing Corporation when they acquired Rockwell. He was the owner of seven patents while in the employ of Boeing. David was a life-long member of Orange County and graduated from Cal State Long Beach with his BS and MS in Electrical Engineering.

David had numerous hobbies and avocations. He enjoyed fine wines, fine dining, and had a huge collection of  Disney memorabilia, LGB trains, among others. His best passion was cruising the high seas of which I had the pleasure of accompanying him on 42 cruises alone!

David once told me he always wanted to be remembered as a “true gentleman.” As such, I can personally attest that you, Dave,  were in fact, always a perfect gentleman.

David’s first wife, Betty, preceded him in passing. He is survived by his current wife, Gail. He will be deeply missed by me and all who knew and loved him.